I'm trying to create my own mesh using BATMAN on 802.11s.
When I come to check IP reachability through BATMAN, I found problem maybe related to fragmenation.

Currently I'm testing on just 2 nodes for simplicity. One as DHCP server and GW, the other as DHCP client.
The nodes are connected by BATMAN bridge on 5GHz and 2.4GHz 802.11s.

My devices are below: 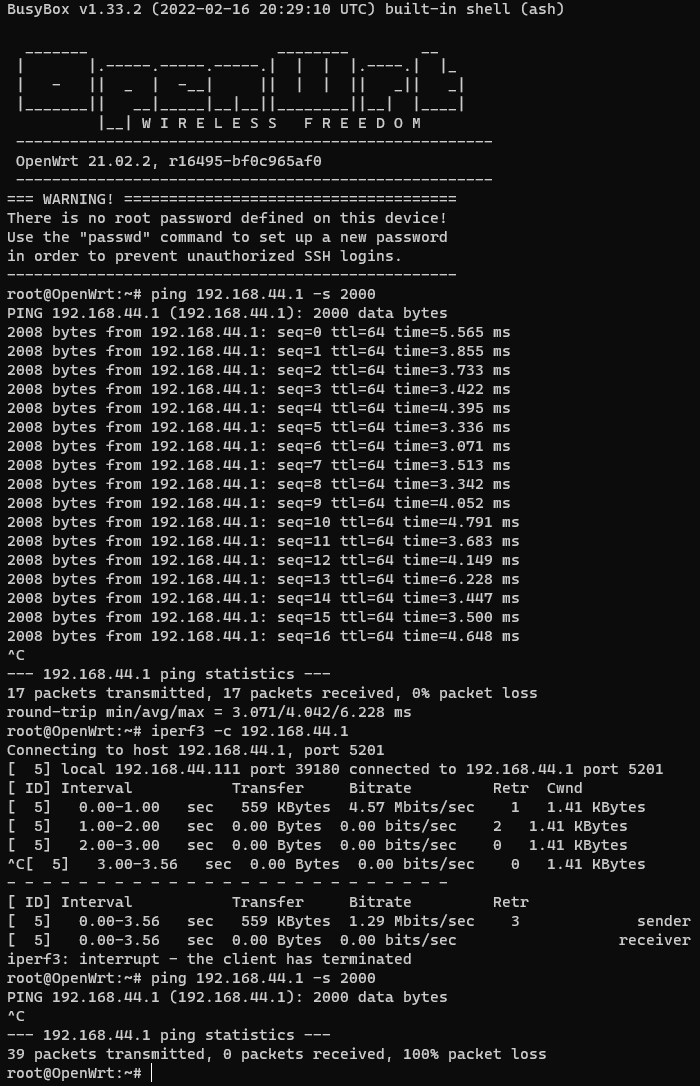 I tried remove 5GHz or 2.4GHz and use only one wireless band, the problem sill happens.
Swapping server and client role, the problem still happens.
I also have Elecom WRC-2533GST2/MT7621 and when it works with WSR-2533DHP2, there are often packet losses but will soon recovers.

Thus I guess Is it a platform specific problem of QCA9880.
Does anyone know the similar problem?

I tried use wired connection for BATMAN, removed 802.11s mesh.
And with wired connection, WXR-2533DHP can transmit large packets (as fragment) without problem.
iperf3 doesn't stuck this time. 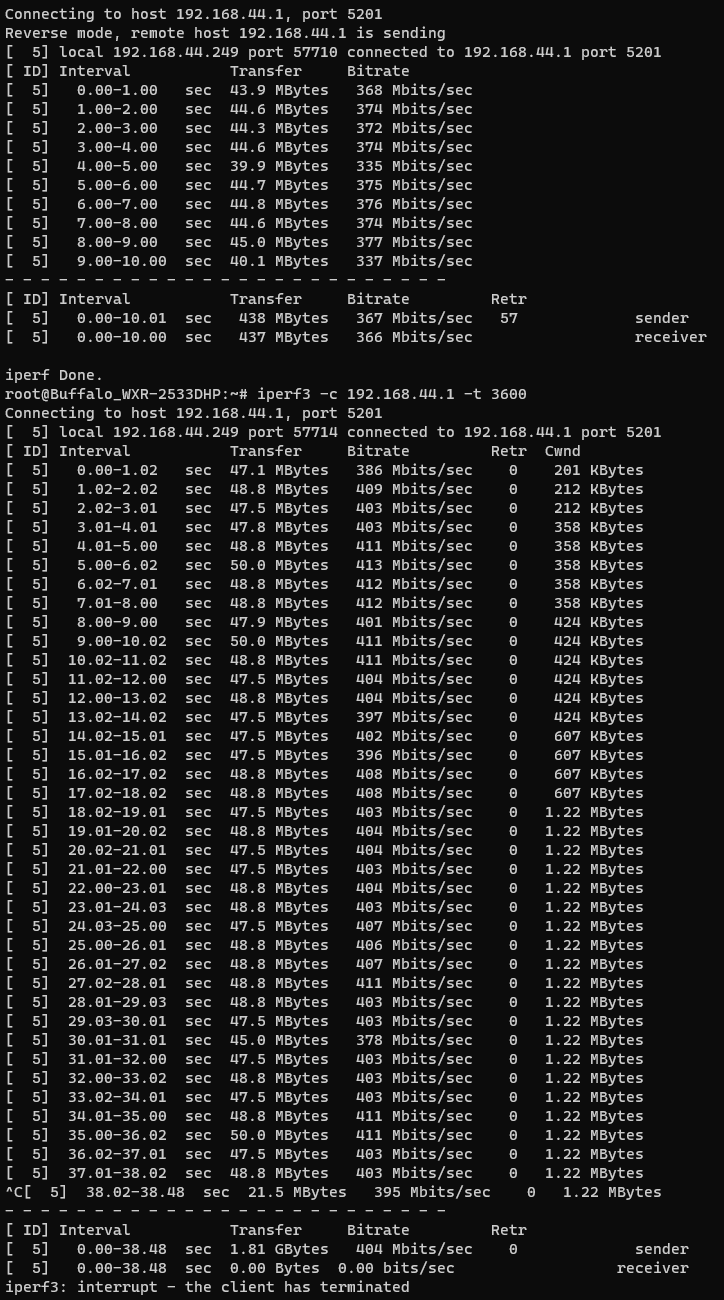 Then the problem seems to be around wireless..
I tried set Fragmentation Threshold of radio0/1 to 1536 but no improve.