My Archer C7 v4 had a 1000Mbps WAN connection before I installed OpenWRT and I was able to get full 200Mbps of my internet connection.

After installing OpenWRT, when I go to "Switch" in LuCi, I see the WAN port showing "100baseT full-duplex" (while local devices connected to the switch show 1000baseT Full-Duplex), allowing me to get about 90Mbps of my 200Mbps internet connection and I can't for the life of me figure out why.

Which makes me even more confused. I am almost certain the issue isn't with the cable because I had 1000Mbps/Full duplex with the original firmware and I even disconnected the cable from the WAN port and plugged it directly into my computer which also immediately picked it up and gave me 1000Mbps/Full-Duplex with 2000Mbps download speeds.

It's been almost 10 days and I still can't figure out the reason why this is happening.
I'd be forever grateful for some help.

What is the output of the following commands? 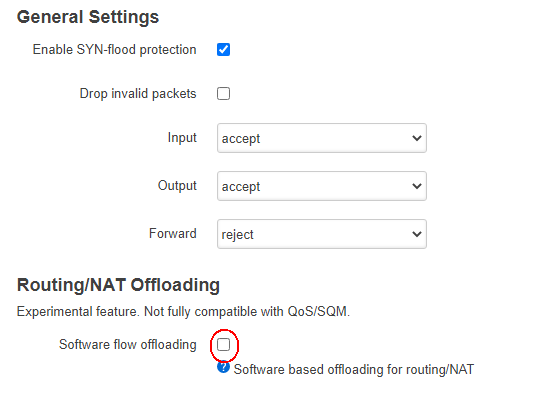 I switched that on and reconnected the cable (for the 200th time) and it switched to 1000Mbps!
BUT, got super confusing after some time:

My conclusion: I'm pretty sure the cable is bad and it's picking interference somewhere causing the switch to fall back to 100Mbps. I will do further testing and report back in this thread, but it's not easy at all for me to replace the cable soon because it's pretty long (~30m) and goes through walls.

Thank you so much for your help and for causing me to triple check everything.

Does your Lan cable deliver poE? Mine had 100 because of a poe switch connected to it. used another non poe switch and got GBe.

but thanks for the suggestion

If you can make it consistently break and restore by moving the RJ45 plug in the router socket, you may just need to put a new plug on that end of the cable.

I thought so too, but it turns out a part of the cable (out of my control/premises) shielding was broken and basically was stepped on numerous times. Replaced the whole cable and I'm consistently getting 1000Mbit now.

Conclusion: I'm an idiot - IT'S ALWAYS THE CABLE