Any recommendation better than C7 but not as good as R7800?

I have read the recommendation thread, and it seems R7800 and Linksys AC1900 are the best ones and Archer C7 is of the best value. But the first two seems to be overkill for me, and C7 seems to be too low-performant for me, because it is said not even to have enough CPU power to handle 1Gbps NAT (only 900Mbps).

What I need are:

That is all. I do not need special features for gaming, IP TV, etc or USB ports for HDD (that is, I do not use the USB ports). I do not even need wide or strong Wi-Fi coverage, because all devices will be with in 3 metre radius from the router. And as I said above, I have only one device that needs fast Wi-Fi speed. That is why I thought R7800 is an overkill for me.

I only need the transfer speed between two PC's that are connected to the Ethernet ports to be 1Gbps.

From my experience an Archer C7 can do that without problems.

The Archer C7 is a solid performer at lower rates. I found that mine were unable to handle more than a few hundred Mbps without shaping before interrupt handling swamped the CPU. As long as the packets aren't touching the SoC, the bridge chip itself should be able to handle "near GigE" rates.

I've heard good things about the price/performance of the C2600. I've been told that their 5 GHz performance is somewhat better than the C7s, though the 2.4 GHz performance isn't quite as good. I haven't confirmed those third-party opinions myself. With Archer C7s available here for US$40 or less, the C7s hard to beat for "dumb APs".

The Archer C7 definately is a solid device, but its current prices don't really correspond to its newer and more capable/ faster competition. E.g. most ipq40xx devices are in the very same price range, but offer a quadcore ARMv7 (~cortex a7, neon and vfpv4) at 640-710 MHz instead - and mt7621 can be found even cheaper (dual-core 880 MHz mips).

You have to distinguish LAN speed from NAT speed, NAT is inherently LAN to WAN for ipv4. Even a c7 will do gigabit LAN to LAN because it's done in hardware switch. NAT and LAN are not the same thing.

I'm going to second slh here, get an ARM device.
WRT1**** (except WRT1900v1) are solid devices and work very well. It's probably easier to find one of these cheap than the IPQ8-devices.
If you can live with a bit more barebone-ish solution here's another option worth looking into. 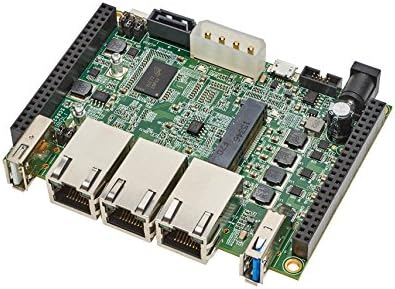 Introducing the ESPRESSObin: the 64 bit single board computer with an emphasis on networking, storage, and wireless space.

I'm not sure however how mature the IPQ4-support is, does anyone use it as a daily device?

I am sorry for the confusion. I have changed the OP. You mean, I can get 1Gbps file copying speed between two computers that are connected to the Ethernet ports of Archer C7, and that 900Mbps number (which is found on the specification sheet) is applied only to communication between WAN and LAN?

What about this review that says it can only get 900Mbps?

For the last measurement, we transferred an 883 MB file between the same two computers connected to the network, both of which were using an Ethernet cable. This time, TP-LINK Archer C7 performed better, delivering downloads and uploads at 900 Mbps.

In the test, C8 had 987Mbps, but unfortunately that router is not supported by LEDE.

That device's specification seems to be very high for the price (only $50), but it seems to only good for wired Ethernet. How do you add 802.11ac to it? And 2 LAN ports are good for now, but I would like to have 1 or 2 more spare LAN ports, just in case. Is there a little bit more expensive version with 4 Ethernet ports?

On reviews of home routers, even those by the more reputable sites, the wired routing speeds are often never even approached by third-party firmware. This is due to the NAT and other functions being off-loaded onto the switch chip, rather than the CPU. There are some routers that have a level of support for this in OpenWRT and other third-party firmware with varying degrees of performance and reliability.

because [the Archer C7] is said not even to have enough CPU power to handle 1Gbps NAT (only 900Mbps).

There aren't many home routers that can handle a 1 Gbps connection with CPU involvement of any sort. That includes routing and NAT (if not off-loaded to the switch itself), or shaping. If you want that kind of performance, buy a mid-range x86_64 machine with Intel NICs and AES support. Pair it with an external, managed switch.

I think there's still confusion over routing vs. switching. it is further complicated when you include NAT as part of routing, or any type of traffic shaping (or VPN, or...).

One wired switching, I think you're kidding yourself to make a decision based on a 5% difference in some test. Basically all the decent on-board switch chips achieve close to "wire speed" for GigE these days. I'd be surprised if your desktop/laptop computers can push more than 950 Mbps through their Ethernet connections.

If you're that worried about it, buy a Cisco SG300-10 switch for $100 on the used market. Others have recommended the Zyxel managed switches at about the same price new.

If wired speed for filesharing is a big issue, buy a cheap gigabit switch, even a non managed one. Like a trendnet teg-s80g for $22 or something.

If wireless speed on the LAN is a big deal then you want something with well supported wireless drivers. Others have given recommendations above.

Sorry. I knew at least the concept of NAT, because I learnt it a decade ago when I took a computer networking class, but I wrongly, been using it as "a home network that uses private IP addresses". Come to think of it, at least according to the basics of Ethernet I learnt, two computers on the same Ethernet line do not need a server to communicate. The signal is broadcast and the destination machine just gets the packet if those are sent for it.

Then, why in the linked test there were differences in the speed of sending files between the same two wired computers within the network?

I am not that worried about it, but I just thought if I could get 1000Mbps instead of 900Mbps by paying a bit more, I would do so.

So, then C7 is not a bad choice after all.

When there is a wire between the two interfaces, the limits are the hardware and drivers of those interfaces, and the "physics" of the Ethernet medium and the protocols for Ethernet.

When you have a switch in there, you add two more interfaces, as well as the logic to determine which port (or ports) to send the packet back out on. A key metric for enterprise-grade switches are "packets per second" rather than bandwidth. Since there is a cost for each packet, how many per second can be handled is much more important, especially as in real-world situations many/most packets don't carry the "full" payload (typically 1500 bytes).

So, then C7 is not a bad choice after all.

A used C7 at a cheap price is a decent choice. If I were buying a new router, I'd agree with the advice given by @slh and go with a current, multi-core device with plenty of RAM and flash if your total budget is under US$200. While I have no experience with them past looking at the specs, as an example, the ASUS RT-ACRH13 is US$63 on Amazon, compared to US$65 for a new Archer C7.

For double-plus value, use an AP instead of a standalone router and plug the AP into the switch as well (TP-link eap 225 v3? use stock firmware). If you go this route you might prefer a managed switch, like the TP-link TL-SG108E or Zyxel GS1900-24E or like jeff said a used Cisco.

At the router location, that espressobin looks good for 100mbps or even 200 or 300 mbps WAN, with the powerful ARM chip it should NAT and shape those speeds.

Honestly if you're looking to NAT 1 Gbps (940 Mbit?) I would spend the extra money and get an R7000 or R7800, something that is known to handle a ton of NAT bandwidth. Keep in mind though they wouldn't be able to do QoS/shaping at that speed, maybe half that. You'll need to be using FastPath/SFE to hit 1 Gbps.

Does that denote some sort of chipset family? But what are the names of devices I can actually buy? I tried to search Google with that, but it did not give me useful results

ipq40xx is the name of the OpenWrt target, covering the Qualcomm-Atheros ipq4018, ipq4019, ipq4028 and ipq4029 SOCs, the wiki is a bit sparse on this SOC so far, but you'll find a 'list' of the supported devices here https://downloads.lede-project.org/snapshots/targets/ipq40xx/generic/.

The WAN here is only 100mbps, from the original post:

The WAN is only 100Mbps, so I am not interested in WAN to LAN speed

The issue seems to be confusion between the term NAT and the term LAN. NAT is the process of translating packets as they go from WAN to LAN or back, the OP originally states that he has no concerns about this speed really.

The concern here seems to be to keep LAN to LAN communications high, esp wired but maybe also wireless. Some benchmark showed the C7 "only" hitting 950 Mbps, but the truth is that on gigE there can be all kinds of reasons why you might lose that 5% of the speed, including things that have nothing to do with the C7. In any case, a gigE dumb or smart switch between your high-speed wired devices will take care of any concerns. Then it just comes down to: what do you want your Router to do? and that's a whole different kettle of fish: tradeoffs like cost, shaping speed, QoS, additional services... those all enter and have nothing to do with the original question.