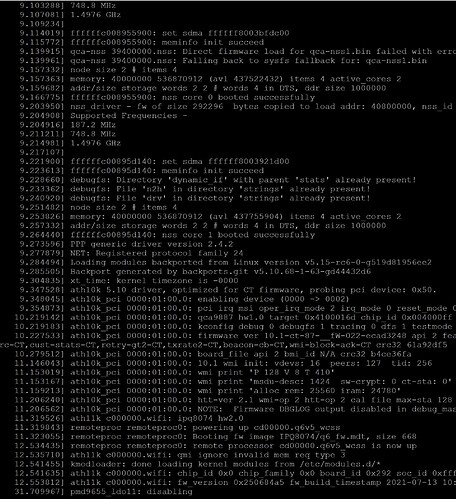 log1790×1959 403 KB
Hello, like described before. i bricked my AX3600 after sysupgrade. I have access via serial console and there i can see, that there is a reboot loop. I can enter in openwrt failsafe, but that do not solve the problem with the bootloader. Xiaomi Repair tool is not successful, too.

Start via tftpboot, have a look here.
I use tftpd64 as a server for Windows.

Guys, I am trying to debug the issue with my Poco F2 Pro reconnecting every couple of seconds.
Has anybody identified the specific patch causing it?

I only have AC clients on my side, no such issues are present.

For me, it happens even in AC mode.
Its quite stupid, connects, drops, reconnects and just in circle.
I even tried various coolsnowwolf "LEDE" patches 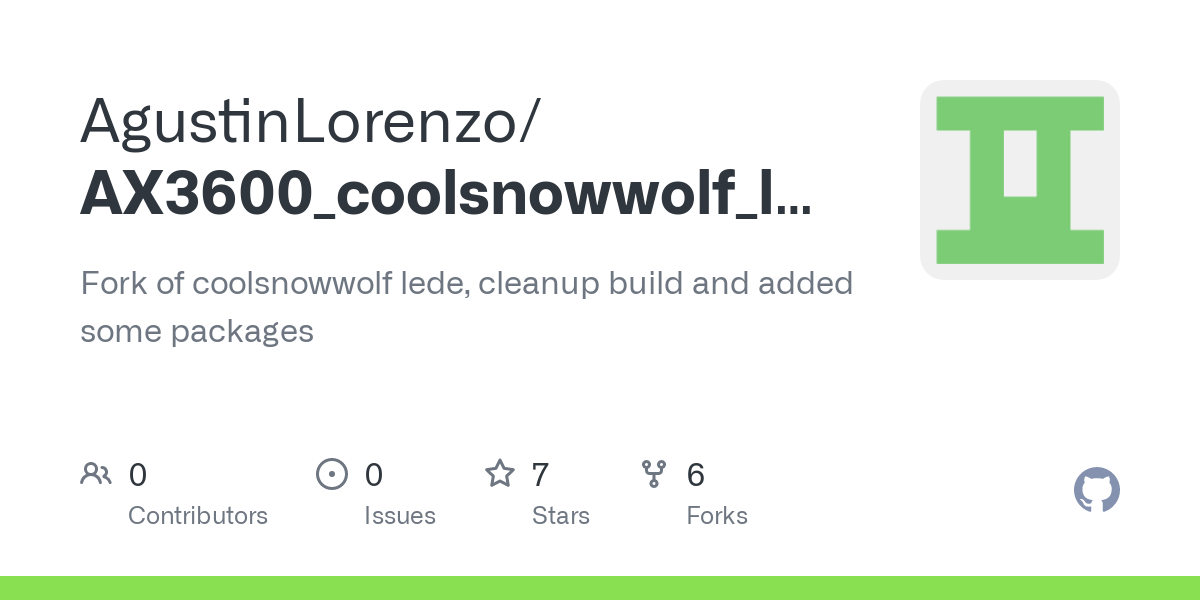 From time to time on my AX3600 I can observe some warning call stack in dmesg:

Is this know issue that may leed to some side effect? For me even if this occurs router seems to be working stable.

Exactly the same happens on my Poco F3 Pro and I thought I solved it by adding a few coolsnowwolf patches but it didn't in the end.

Have you tried a few different channels?

I don't remember now but I think the disconnections more or less stopped when I switched to channel 52 but I still got complaints about terrible wireless reliability at home so I had to revert back to OEM firmware.

Could you also, as a test, change the phone's region to UK?

I think it could be due to the recent mac80211 changes or due to regdb.

I tried just 2G channel 1 and 5G channel 149.
Why would changing the region change anything?

Its probably something in mac80211 as regdb is effectivly ignored due to the FW enforcing the one in the BDF and even worse doing it incorectly as for ETSI it applies insane restrictions.

Dont have a clue to where to even start debugging, this is where doing 5 kernel versions just is just pain

I am not able to set up the device as a dumb access point.
The clients simply do not get an IP address. Interestingly, they do get a connection after about 5 minutes of waiting. By then, however, most clients usually interrupt the connection themselves.

The configuration I used for this works wonderfully on my Redmi AC2100 and Mi 3G - but unfortunately not here.

I have used self-compiled builds, the pre-compiled releases from robimarko and also the bloated build from here and also various others linked here in the thread.

I have the same effect with all of them.

In order to understand my problem, I approached it with a minimal configuration:

Result: The clients simply do not manage to get into the network. The router itself has perfectly fine internet-connection (opkg update etc. works fine).
I uploaded the client-side wireshark recording >>here<<.

I am building your modifications from yesterday atm.

Yep. It was never as good as this one before.

Any chance you can get to the 160MHz and Rx offload patches? Would be nice trying those out.

Well, I was trying to get to those but since I cant really test with my phone its hard to test and my notebooks don't have AX cards, otherwise I would have backported those yesterday.

I also have no AX clients, but I can check a few BW combinations with my analyzer, if at least the signal levels and flatness of the spectrum is correct. 80P80 can also be tested.

Well, it's not just AX, AC doesn't work as well with the same symptoms.

Just rebuilt your latest mods, applied WLAN.HK.2.5.0.1-01192 and it works quite nicely on AC and N. Although I have to mention that I am using my own edited BDF. Kinda doubt this has anything to do with your issue...

I doubt its the BDF.
And its the f*cking wired networking mess, I was using one of the LAN ports for uplink and it caused the WLAN not to have any networking hence trying to disconnect/connect and get networking, now when WAN port is used it magically works.

Ahh, for f*ck sake... Maybe the issue is with the NSS bridge-mgr not taking into account that any port can be used for any purpose.