Hi!
I built an image based on robimarko's tree with the testing kernel (5.15) and flashed it onto my device. Unfortunately, it does not boot properly anymore. I'm pretty sure it's my .config that makes a broken image so I was wondering if anyone running on ribimarko's tree with kernel 5.15 could share their .config so I can compare with what I have?
@noodles or @robimarko maybe?

Robimarko pointed out earlier in the thread his 5.15 branch wasn't really 'production' ready. I don't now about noodles', but I think most people are running a 5.10 build based off adron's GitHub code.

Another question: has anybody successfully used failsafe on the RB5009UG? I locked myself out messing with fw4 (well, just copying old UCI firewall rules seemed to suffice

) and it doesn't seem like hitting the reset button is doing much. Device is not returning to default OpenWrt settings it seems (no serial to keep an eye either).

I was a bit confused at first, but it turns out these are already in adron's 5.10 tree (and probably in robimarko's as well, since he's the author). Then again, I suppose a lot more has been merged into 5.15 or 5.16 in the meantime, so you need less patches as well, running on 5.16.

Just sharing this here so people who'd think 'Hmm let me check if that code is already in the 5.10 tree' won't have to - I already did it for you and it's there

if i wanted to run the spf+ at 2.5gbit and also the lan at 2.5gbit which repository should i use?

QCA8081 should be fully supported with the backported patches in any publicly shared tree here. The issue with 2,5 Gb linking but being unresponsive is likely about how the Marvell switch talks to the QCA8081 PHY.

So no code whatsoever at this point will give you 2,5 GbE. No idea about the SFP+, I only tested that at 10 Gb.

so should i wait for you to fix the problem? i haven't bought the router yet and i would only need it for 2.5gbit lan & wan

You're giving me too much credit mate. I'm just stating the likely issue as it was explained to me.

Following this with a lot of interest as I am supposed to get 10gbit fiber soonish and the hardware would fit the existing infrastructure almost perfectly. I am wondering though, what routing (incl. NAT) speed does it realistically get with a 10gbit SFP+ module (given the use cases we have I can do without SQM)?

just found out in the mikrotik youtube video comments, that a wireless version of this RB5009 is not planed

Well, they have everything required already ready on the PCB

What is still missing to get some PR against OpenWrt Repository with installation steps and so on? I urgently need something better than the Ubiquiti Edgerouter 4 with its freezing switch.

A way to install without external binaries I believe? And someone to take a look at the 2.5G PHY

. That being said, once you tackle installation the patch set you need applies cleanly on top of 22.03 HEAD still. So it's not too difficult to maintain out of tree for now.

(BTW I thought Octeon issues were fixed for 5.10?)

Okay, but can we maybe add here the installation description? 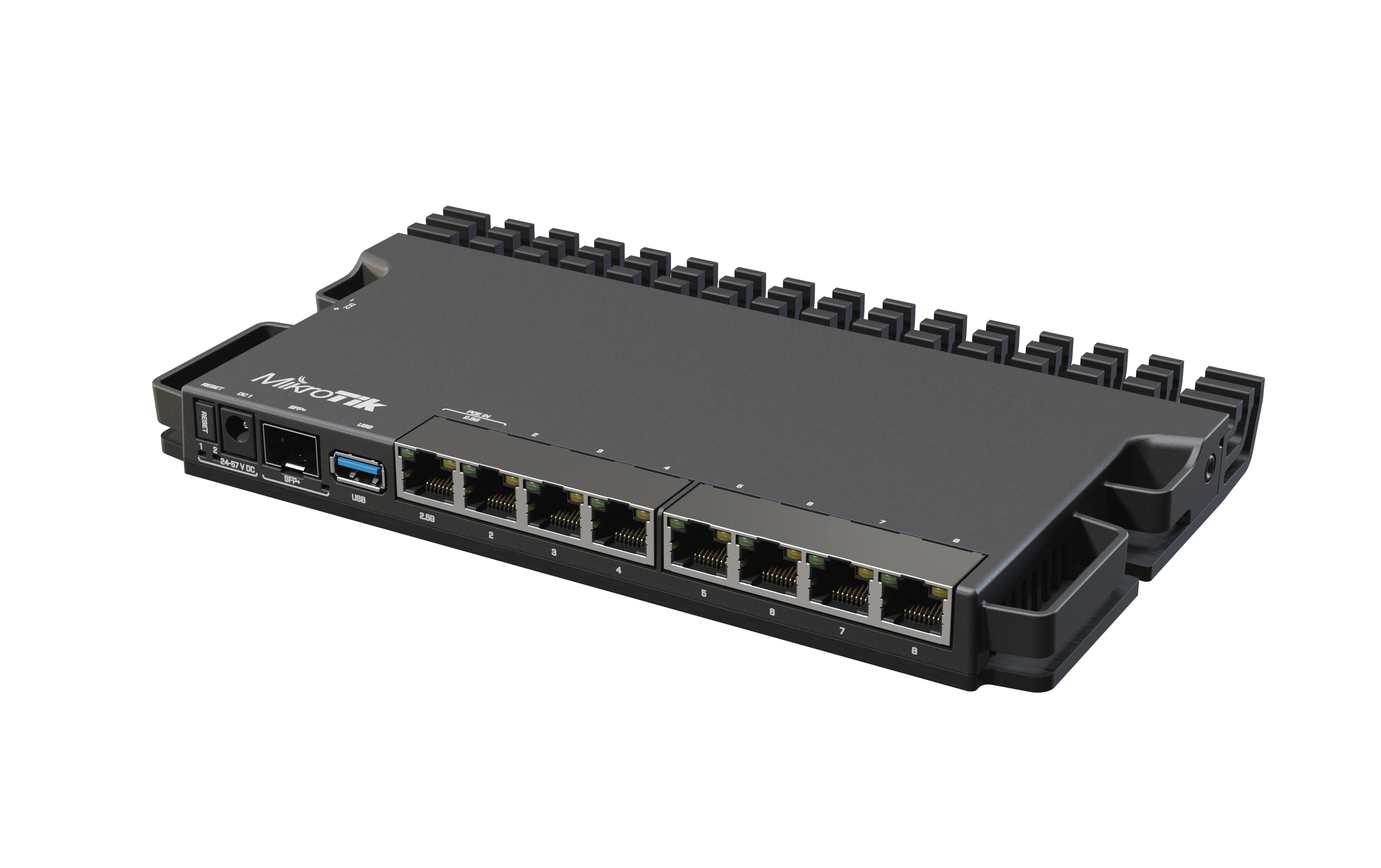 I have to search for the correct post, explaning, which branch and image I should use to have openwrt running on this device. I hope this is up-to-date Add support for MikroTik RB5009UG - #572 by segal_72

Haven't had the time to expand it yet.

Add support for MikroTik RB5009UG - #573 by Borromini should work yes.

@PolynomialDivision I have added the installation instructions to the wiki page, I've tested the steps I outlined in post #573. Works as expected. I've also pastebinned the patch set one can use to roll his own images and added that to the page.

it would be nice to know if 2.5gbit works on sfp+ and also on lan

A way to install without external binaries I believe?

So, we have to integrate the aux-loader2 into OpenWrt Toolchain?

The bootloader needs a modified routerboot. So we need to serve a patched routerboot image.

Okay, I see that this is problematic.

From what I gathered - @robimarko might have a better take on this - the best way would be to replace the bootloader altogether with u-boot.