I was trying to debrick my router. Tried stock firmwares and their forks and even Tomato without success, I managed to flash OpenWRT 18.06.1 successfully. The debrick process requires two more steps: erase a factory partition marked as mtd5 partition and flash a modified CFE bootloader.

I really know nothing about OpenWRT, and the new 18.06.1 seems to have some new features that the wiki has not covered. So, hope someone can give me some explanation/instructions for this issue. Thanks in advance.

it seemed to use some kind of new filesystem ubifs

Is there anyway I can mount/see those kinds of partitions?

Thanks, I saw rootfs and rootfs_data. However, didn't see the factory partition. I also took all time at work to read more about MTD, Ubifs and still at lost. I'll recap the situation with screenshots, hope that could make things clearer.

In the flash layout of a working router, you can see a mtd0 partition "boot" of the cfe bootloader and a mtd5 partition labeled "asus". I need to flash a modified CFE to that "boot" partition and erase that "asus" partition.

On my current bricked router: 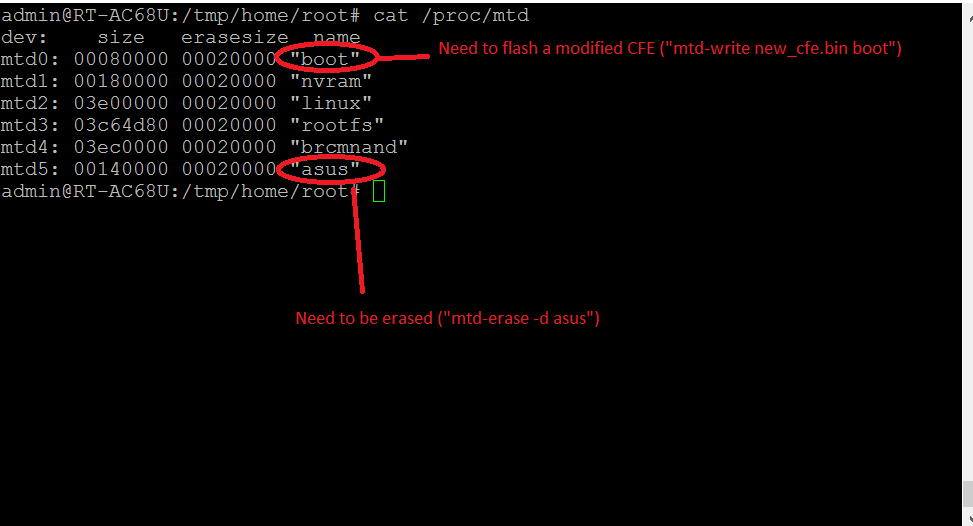 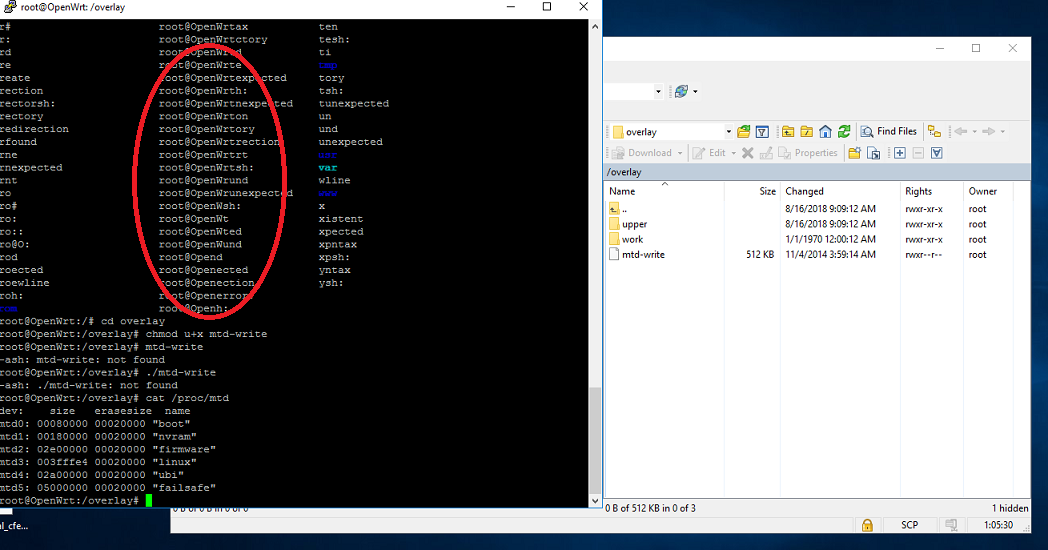