So i'd like to try and create an image for mips with the new stable kernel release 4.13.10. i downloaded the kernel and there is an /mips/ar7 directory...does anyone know the difference in architecture between ar71xx and ar7xx? or maybe im way out there in left field.

I can't help with your question but if you're wanting to explore kernels, the 4.13.x series is nearing an EOL. Greg announced that the 4.14.x series will be the next LTS. Might want to wait to do anything.

roger that i saw the 4.14.rc so sounds like a better plan

Integrating a new kernel version isn't that easy, especially for most mips targets there are lots of non-upstream patches you'll have to forward port (both in generic code as well as target specific changes). At the very least you'll have to start with the patches for kernel 4.9 and copy them to 4.13/ 4.14, then the fun stuff begins of checking which of those are still needed for the new kernel, which of those need to be changed to build and work in the updated kernel and to refresh the kernel config. You usually start with upstepping x86_64 (because x86 doesn't require (m)any patches and you can do your first steps under qemu(-kvm)), before moving over to your preferred architecture - with embedded platforms like most of LEDE's targets that isn't exactly fun, nor done within a rainy afternoon.

Understandable well wouldnt a tool like make menuconfig be a great automation tool for that lol. 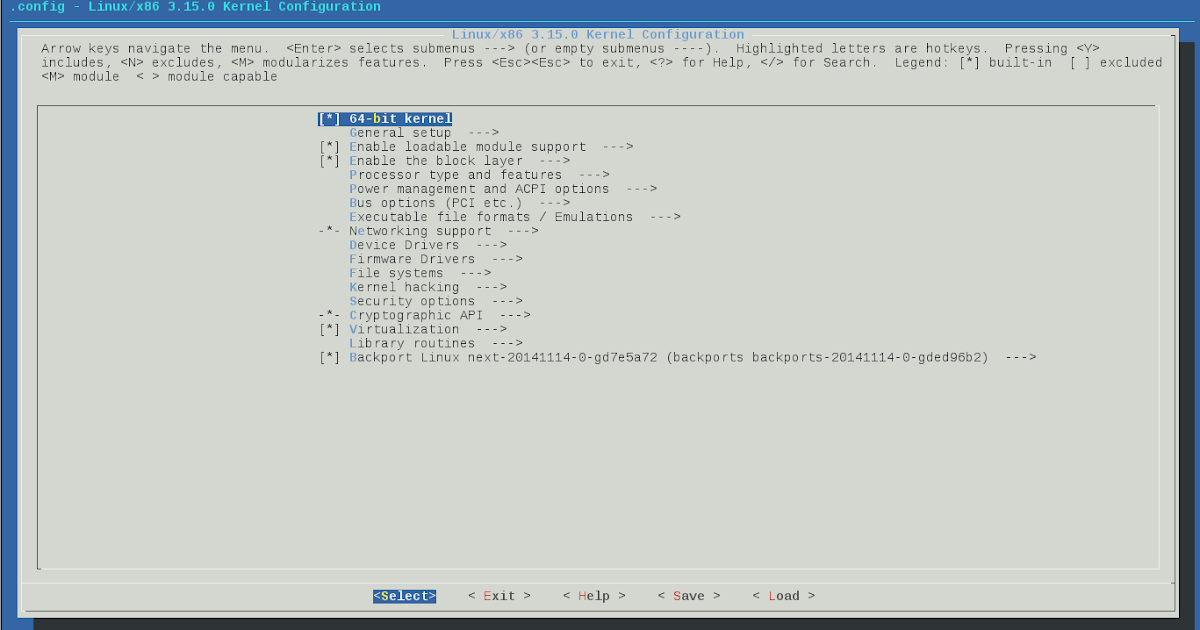 A blog about active living, hacking, and brain farts.


what i meant was making an automation tool similar to menuconfig/backporting , that automates the kernel integration process would be some what of a feat.
slh November 2, 2017, 3:21am #8

I don't think you understood what backports means in your link (hint, LEDE already uses it, but it can't help you at all to upgrade the base kernel version).

What im saying is menuconfig is backporting, but would an automation tool for upgrading kernels to specific architectures be possible? or do you think the whole process has to be manually achieved? sorry for the confusion. i'm not sure why we keep bouncing back and forth about the subject, i thought i was being straight forward with what i was contemplating. oh and off the subject does SLH stand for santas little helper?

For sure backporting / integrating non-upstream patches is not easy and can lead to very subtle bugs etc. !

But here is the question: why aren't these patches integrated in the official kernel if they are necessary? Does the LEDE team has a channel to do that? Or is it so that these patches are submitted but "ignored" upstream?

I believe that a noble goal would be to reduce the amount of patches to the absolute minimum.

But here is the question: why aren’t these patches integrated in the official kernel if they are necessary?

Some of them are really Openwrt/LEDE context specific things, but some are pending for upstream.

See the split e.g. in https://git.lede-project.org/?p=source.git;a=tree;f=target/linux/generic;hb=HEAD

There are various generic patches for 4.9:

So, automating a kernel major version bump is far far in the future.

Thank you for taking the time to explain. Makes perfect sense.
Big thanks for all your work on this project!

Yeah thanks for all the replies and feedback. nice to meet everyone! hopefully we all walked away from this a little more knowledgable, i mean it is an open source community right!!

So you guys now have a 4.13 build snapshot or no? i took a look at the new snapshots for ar71xx i still only saw 4.9. maybe i was at the wrong url.

So you guys now have a 4.13 build snapshot or no? i took a look at the new snapshots for ar71xx i still only saw 4.9. maybe i was at the wrong url.

Updating the kernel major version is a major task, as you need adjust all those 100-200 patches I linked above. Right now some target platforms (like ar71xx) have just been upgraded from 4.4 to 4.9. So, seeing 4.13 in the snapshot repo in near future is not likely. Most likely the next major LEDE release will be based on 4.9, hopefully some time in Q1/18?. And then the upgrade process toward 4.14 may start...

At the moment the source tree only supports 4.9, plus 4.4 and even 3.18 for some stragglers.
https://git.lede-project.org/?p=source.git;a=tree;f=target/linux/generic;hb=HEAD

If you want experiment that version bump by yourself, feel free to try. The advice given above gives pretty good hints what to do. But it is a major task.

yeah im already trying it, i must have misinterpreted something i read...it happens, thanks for the response. i've compiled the kernel for both 4.13 and 4.14 rc7, just cross compiling like you've all mentioned is a MAJOR TASK.