I have recently realized that my TP-Link Archer C60 is no longer the beast I thought it was when I bought it a couple of years ago, where speeds more than 100 Mbps were not common, but such is not the case anymore.

So I am on the hunt for a good hackable Gigabit Dual-band WiFi router which is available in India. I also appreciate any general recommendations.

The best I could find was TP-Link Archer C6 on Amazon.in, is this really the best option I have unless I want to spend a little fortune on a router?

unless I want to spend a little fortune

@anon50098793 The router I linked seems to be more than capable of routing 1 Gbps as it advertises "1200 Mbps Wi-Fi Speed", and I am not really going to use all of it any time soon, just future proofing myself.

Are there any other better WiFi routers? Is TP-Link really the best? I am biased towards them because all my routers were made by them.

There's no relation between "1200 Mbps Wi-Fi Speed" and actual WAN-LAN routing performance.
(Theoretical max speed of the wifi is 867 Mbps in the C6)

Just think of all the devices advertising wifi speeds >2gbit, but are equipped with 1gbit WAN ports.

Good catch, sneaky marketing combined the max speed of both 2.4 and 5 Ghz frequencies...

Just think of all the devices advertising wifi speeds >2gbit, but are equipped with 1gbit WAN ports.

Does this mean that their WAN port is actually incapable of 2 gig speeds? That sounds like a scam to me... what use is wireless bandwidth if the wired-counterpart isn't even capable of matching it?

They're always combined, that's what you need to keep in mind, when looking at the specs.

There are tri band (n + 2 AC radios) devices, in some cases those AC radios are slower,
per radio, than a single radio AC device. But the device name will have a high number,
because of the combined WiFi speed of all three radios.

The 1gbit port is incapable of speeds higher than 1gbit in each direction (TX&RX), but if you
manage to send and receive in 1gbit at the same time, you'll reach a combined max speed of 2gbit.
But this never really happens in a consumer scenario, most WAN traffic is inbound.

You could theoretically reach higher speeds within your LAN.
But again, it's all lab performance, nowhere near real world results.

Just keep in mind that everything ending up going via an ethernet port, will be
capped at 1gbit, no matter what the specs say.

Some routers now have 2.5gbit ports, at least for WAN, to break the 1gbit barrier.
Others do port aggregation on the LAN side, it gets you higher LAN throughput,
but they too max out at 1gbit.

IEEE 802.11ac-2013 or 802.11ac is a wireless networking standard in the 802.11 set of protocols (which is part of the Wi-Fi networking family), providing high-throughput wireless local area networks (WLANs) on the 5 GHz band.[a] The standard has been retroactively labelled as Wi-Fi 5 by Wi-Fi Alliance. The specification has multi-station throughput of at least 1.1 gigabit per second (1.1 Gbit/s) and single-link throughput of at least 500 megabits per second (0.5 Gbit/s). This is accomplished by ...

Thanks for the info.

However it seems I may have created a misconception that I want to handle multi-Gigabit speeds with a cheap router, this is not the case.

I just want a reasonable router which can give me enough 1 gig worth of juice when needed (which isn't going to be common, would only happen when torrenting or streaming 8K I guess).

So with that being said, any recommendations for my requirements? The mentioned C6 seems to be good enough, even though it doesn't do a full gig over 5 Ghz. I am open to considering any other brands provided they give me a good bang for their buck.

91% of people either want / need this... (basically assumed / given default requirement unless otherwise stated)...

Nah, I just gave you more info than you (probably) needed

@anon50098793 True, just felt like clarifying that bit in case anyone misunderstands my requirements... also prefixed "1" to the title for insurance

Having gigabit ports and routing 1Gbps are two totally different things. There is hardly an all in one router on the market which will route 1Gbps. Just a very few of them... But they all have gigabit ports even if they top out at 250Mbps routing

Routing requires each packet to go through the firewall and be NAT translated and etc. Generally a device with 2-4 cores at 1.2GHz or more using ARM processors is what you want.

Does that mean the routers advertising "1 Gigabit" can't actually route it?

I got a Xiaomi 4A Gigabit ( the Gigabit version is a totally different router from the older model just labeled "4A" ) and I think that the performance of this device are way above its price range.

It works 100% with any recent OpenWRT snapshot, until now I had 0 problems with the snapshot firmware, it has official support and a stable release is expected in the near future.

I paid 25€ brand new + shipping for it, it's basically nothing for the other brands charge.

I have noticed that is not available on Amazon in your country but it is marketed in India, so maybe you'll find it somewhere else. 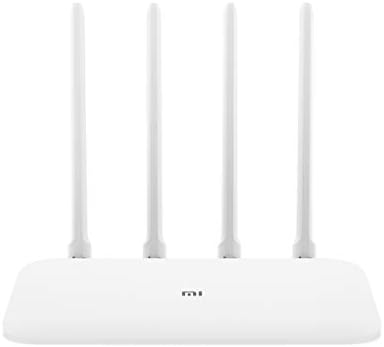 Using just the 5Ghz radio It does 250 MBytes in terms of Transfer rate and 25.0 MBytes/sec of Bitrate, no sweat. Numbers from iperf3 and real world use.

Does that mean the routers advertising "1 Gigabit" can't actually route it?

This is why in the last few years, as gigabit fiber has rolled out all over, there have been floods of people saying they want a cheap fast router for their new internet, and not realizing how now that they have what only 10 years ago was considered "enterprise" connectivity they might need to start looking at business type network setups.

The RPi4 is very popular right now because in many people's real world testing it routes and also SQM shapes 1Gbps very reliably, and it's widely available and relatively inexpensive. However, also it's wired only. so you must have a separate switch and a separate access point or two or three. With the huge rise in online gaming, it's very likely that people need SQM to get decent experience online.

The Edgerouter-X has some decent routing numbers but not with SQM. The WRT3200 has the CPU to just about do gigabit, but it has terrible wifi performance relative to many others. An X86 mini pc with two ethernet ports can be a really excellent choice, but can cost in the range $250 by itself depending on specs.

Moving from routing at 100 Mb to a full Gb means needing a CPU that is 10 times faster, so several times the price is to be expected.

A good all in one box that can truly do gigabit doesn't really exist. Most installations will have a wired router likely X86 or Pi as a cheaper alternative. Then install one or more separate wifi APs.

The MT7621 found in the Edgerouter-X or Mi Router 4A Gigabit is about 4 times faster than something like the Archer C60, which is very good for its price, but it isn't ready to keep up with gigabit ISP.

And the second you start adding userspace packet processing (e.g. openvpn, netflow, snort,....) the cpu requirements go through the roof and manual interrupt/cpu affinity tuning is need to optimize the workload distribution even on one of these more powerful multicore platforms.

Thank you all for the detailed information, I am thoroughly bamboozled, I thought people in first-world countries were getting 1 gig speeds over WiFi... and my original question still stands, what good is a transmitter capable of transmitting 1 gigabits per second if the CPU isn't up for it?

Why are consumer-grade routers advertising 1 gigabyte speeds if they can't handle it?

but not blatantly false.

Why? You would never be able to achieve gigabit speeds even internally in RAM, so how could it be true? Just because the Ethernet ports are capable of transferring that bandwidth?

With a number of routers that support hardware flow offloading, with the OEM firmware they can route at 1Gbps. But that's all they can do: route, nothing much beyond that

Openwrt has support for hardware flow offloading for some models, but not all.